President Trump, predictably paranoid, predictably crazy, predictably narcissistic, continues to grow more bizarre as he fears a loss November 3. His in-bred dread of being seen as “a loser” may be so powerful that his disastrous effect on America may exceed what he has already wrought. Given the extent of his malfeasance in office, peppered with inaccuracies and deceptions, even greater malperformance is more likely than not. Making the risk of long term damage to the country more grave, of course, is that Republicans in the Senate chose three years ago to abdicate their check-and-balance constitutional role.

Whatever further destruction to America he is to cause, their oversight provides negligible assurance that he—and therefore they—can be counted on to maintain appropriate international relations, safeguard national security, lead our way out of civic unrest, organize a national response to coronavirus, strengthen the rule of law, and achieve as much economic vitality as possible.

So far Trump, and therefore the Senate, have failed on each of these; so he stumbles on with his dangerous mixture of civic evil and incompetence. Thus are they locked together, but not in ways the Constitution prescribes. Their dysfunctional interlinking requires that neither fulfill their legal obligations. Therefore, Mitch McConnell and Senate Republicans are guilty as accessories to Trump’s disloyalty, betrayal, and shameful conduct of office.

So far Trump, and therefore the Senate, have failed on each of these, as he stumbles on with his dangerous mixture of evil and incompetence. Thus are they locked together, but not in ways the Constitution prescribes. Their dysfunctional interlinking requires that neither fulfill their legal obligations. So it is that Mitch McConnell and Senate Republicans are guiltily as accessories to Trump’s disloyalty, betrayal, and shameful conduct of office.

Four years of unending exposure to Trump’s pathological conduct has inured us to his frequent flaws and dizzy language; we simply fail to react as we once did to gross indecencies and stupid conclusions. Sometimes it is virtually impossible to tell his lying from his absurdity. Consequently, one must assume every time he opens his mouth, yet another untruth is going to be ejected. Whether his gushing verbal discharge arises from either lack of integrity or mental ability is moot. We don’t need to know the intricacies of his fevered brain to reject his impulse about putting bleach in our bodies, his prescription of hydroxychloroquine, or to extract whatever might accidentally make sense in his wacky verbal wanderings through mixed topics like this week’s campaign rally posing as a press conference.

What may be important to know, however, is whether his madness is increasing due to his being stressed into possible breakdown by the coming electoral threat. All indicators appear to show it is probable that former Vice President Biden will win. But Trump’s own behavior and the behavior of his seamier acolytes, make tampering with the election process a possibility. I can’t say Trump would do that or conspire with his minions to do so—though frankly I feel quite comfortable saying he would if he could. 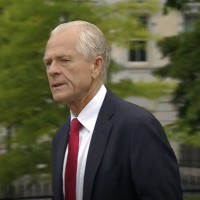 It is more likely, I think, that he will continue disabling good government in relatively small bites interspersed with occasional larger ones. For example, consider what he’s done this week. The White House announced it is replacing the CDC’s dominant role in gathering and analyzing coronavirus data as it is reported to a central point from medical sources all over the country. The new hub is to be either in the White House or the Department of Health and Human Sources. DHHS is located in D.C. near the White House and headed by Secretary Alex Azar II, former pharmaceutical industry lobbyist and executive. The CDC, located in Atlanta more distant from Trump, is a world leader in public health, populated by eminent researchers of both medical and epidemiologist fame.

This move, I submit, is motivated to centralize information about the pandemic and what it means in a way that is under closer Trump control, and to reduce CDC’s ability to outshine Trump. It’s an unexpected (perhaps unjustified) organizational move to make Trump’s previous politicization of the pandemic less obvious than when he is juxtaposed with scientists. Trump and his staff have recently sought to quiet Anthony Fauci. Disagreeing with Trump is not acceptable, but Fauci’s popularity is hard to disable, causing Trump to reduce Fauci’s stage presence without appearing to do so. Peter Navarro, Trump’s trade advisor, published an op-ed yesterday in USA Today titled “Anthony Fauci has been wrong about everything I have interacted with him on: When you ask me whether I listen to his advice, my answer is only with skepticism and caution.” Interestingly, the White House claimed Navarro had not gotten clearance to submit the article.

These changes—the Azar responsibility and the ostensibly “uncleared” Navarro article—might well result in the press finding it harder to get pandemic facts to readers free from the daily Trumpian revisions of history.

The Trump Administration is the underside of the

United States of America at the age of a slightly worn 232 years old.

I am a U. S. citizen living in Atlanta, Georgia, having grown up in Chattanooga, Tennessee, and graduating from Chattanooga High School. I served in the Electronic Security Command of the U. S. Air Force before receiving a B.S. degree in business/economics and an M.Ed. in educational psychology, both at the University of Tennessee at Chattanooga. I then completed a Ph.D. in clinical (and research) psychology at Emory University. I have two daughters and three granddaughters. An ardent international traveller, I have been in over 70 countries for business and pleasure. My reading, other than novels, tends to be in history, philosophy, government, and light science. I identify philosophically as a secular humanist, in complete awe of the universe including my fellows and myself. I am married to my best friend, Miriam, formerly of the United Kingdom and Canada.
View all posts by John Bruce Carver →
This entry was posted in Uncategorized. Bookmark the permalink.

6 Responses to Trusting a paranoid presidency