Television coverage of Trump’s rallies in recent days repeatedly brought to mind what a creepy, disdainful character he is, but it was followed by bewilderment: What on earth attracts persons who appear to be angry, childish adults to Trump’s stream of incoherence? Can they not see that he offers no solutions to whatever concerns them, nothing but inanities and whatever gets the louder cheers?

Most persons with an authentic interest in governance improvement are reluctant to express their prescriptions incased in simplistic shouting. Trump’s crowds, on the other hand, seem untroubled by the bizarre verbal torrent that issues without end from their mendacious authoritarian. It is as if they really don’t care that he can never be counted on for either truth or decency. 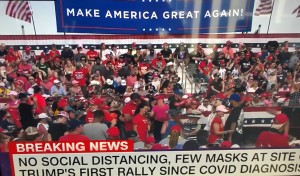 However, we can make an educated guess that Trumpers’ fascination for conspiracy theories is a good match for Trump’s own. Neither you nor I can know at a distance whether that is true, but we all too frequently are treated to Trump’s setting about his proud portrayal as Mr. Conspiracy Theorist, jumping from one unsubstantiated story to another, intentionally bestowing validation by virtue of the office we foolishly gave him. He seems naturally to exude an enticement for personality characteristics that match his own (or better, that match what they wish were their own), a powerful attraction not to sincerity, authenticity, modesty, or accuracy, but to bloviation, vanity, blaming, irresponsibility, and self-aggrandizement.

In other words, Trumpers may like Trump because they are like him or want to be. But there are better sources about this matter beyond my retired psychologist top-of-the-head reflections. You can find far greater understanding from writers (referenced below) whose command of autocracies, democracies-becoming-autocracies, and authoritarians who seize autocratic power while you and I slumber with pleasant dreams of “it can’t happen here.” 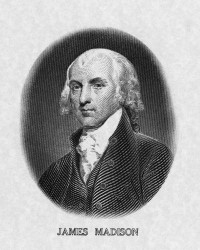 Unlike my recent posts on this topic, I will simply extract a number of points (not presented with the exactness of quotations unless so marked) from three authors relevant to this post, to wit:

Beware the one party state . . . “human nature is such that American democracy must be defended from Americans who would exploit its freedoms to bring about its end.” [OT, p.27]

A would-be autocrat is more likely to become an autocrat depending in part on how firmly the established politicians oppose it. [HDD, p.8]

Citizens who are resentful or unsuccessful are more likely to feel attracted to authoritarianism than those who are not. [TOD, p.24]

Be wary of paramilitaries. “When men with guns who have always claimed to be against the system start wearing uniforms and marching with torches and pictures of a leader, the end is nigh.” [OT, p.42]

America raised the likelihood of autocracy when in November 2016, it elected a president with a dubious allegiance to democratic norms.  Trump’s surprise victory was made possible not only by public disaffection but also by the Republican Party’s failure to keep an extremist demagogue within its own ranks from gaining the nomination. [HDD, p.8]

He/she rejects the constitution or expresses a willingness to violate it, or suggests a need for antidemocratic behaviors such as cancelling elections.

A politician is more likely to adopt authoritarian behaviors if:  [HDD pp. 23-27]

Abbreviations used above refer to these books:

“HDD:” How Democracies Die, by Steven Levitsky and Daniel Ziblatt.

“TD:” Twilight of Democracy: The Seductive Lure of Authoritarianism, by Anne Applebaum.

“OT:” On Tyranny: Twenty Lessons from the Twentieth Century, by Timothy Snyder.

(Additional books not referred to in this post may be found in recent posts concerned with autocracy.)

[JohnJustThinking is an irregular commentary by me (unless otherwise noted) on social, ethical, scientific, and non-partisan political, partisan political, and cultural interests. More than 230 essays have been posted since mid-2013, all accessible from any page. If you choose to be a Follower (there is no charge), you’ll be automatically notified with each new post.]

I am a U. S. citizen living in Atlanta, Georgia, having grown up in Chattanooga, Tennessee, and graduating from Chattanooga High School. I served in the Electronic Security Command of the U. S. Air Force before receiving a B.S. degree in business/economics and an M.Ed. in educational psychology, both at the University of Tennessee at Chattanooga. I then completed a Ph.D. in clinical (and research) psychology at Emory University. I have two daughters and three granddaughters. An ardent international traveller, I have been in over 70 countries for business and pleasure. My reading, other than novels, tends to be in history, philosophy, government, and light science. I identify philosophically as a secular humanist, in complete awe of the universe including my fellows and myself. I am married to my best friend, Miriam, formerly of the United Kingdom and Canada.
View all posts by John Bruce Carver →
This entry was posted in Politics. Bookmark the permalink.